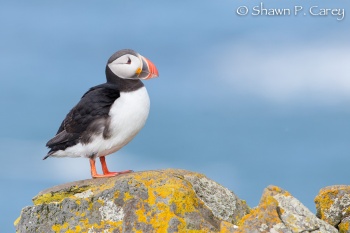 Iceland is rich in natural wonder and timeless beauty, filled with panoramic views and otherworldly vistas. It is a realm of Northern Lights and boundless summer sun. And it is home to one of the world’s most charming and iconic birds: the Atlantic Puffin.

Every summer, thousands of these whimsical birds return here to nest and raise their young—joined in their efforts by Arctic Terns, Black-legged Kittiwakes, Black Guillemots, Northern Fulmars, Razorbills, and Common Murres, who descend here in multitudes to feast and nourish their chicks on the bounty served up by the frigid North Atlantic. In all, 23 species of seabirds—including about a third of the world’s Arctic Terns and the vast majority of its Atlantic Puffins—rely on Iceland’s coastline, fields, and sea cliffs to shelter their young, and on the rich surrounding waters to feed them.

At least they did. Over the last decade or so, though, drastic changes have played havoc with Iceland’s seabirds: 10 years of breeding failures are decimating the once thriving colonies of Arctic Terns, Black-legged Kittiwakes, and Atlantic Puffins. Now, researchers are finding many historical nesting sites empty; in some places, where they’ve previously banded hundreds of fat, healthy chicks, they’re recovering hundreds of carcasses. In the hardest-hit areas, the cataclysm is total: all the chicks—an entire generation—are dead. Aevar Petersen, a retired ornithologist with the Icelandic Institute of Natural History, has been surveying Arctic Terns on Flately Island for 41 years. Some summers, he and his colleagues have banded nearly a thousand chicks. This year, they’ve done five.

“Normally, there would be hundreds of birds here,” he says. “Now, there may be a few chicks. But they probably won’t make it. This is what we’re seeing in the whole of Flately, and further afield.” 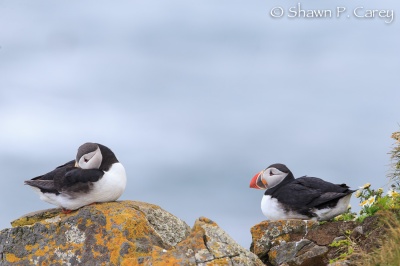 On the Westman Islands—home to a mixed seabird colony so extensive that it borders on mythical—more than 800,000 Puffin pairs typically shack up and raise their young. No so today: this summer, during his regular Puffin survey, South Iceland Nature Center biologist Erpur Snaer Hansen finds burrow after burrow empty—a trend that’s been going on for more than a decade.

The devastation extends beyond Iceland. All throughout their ranges, seabirds are suffering. Says Petersen,

“What is happening in Iceland, we see happening in so many other areas in the North Atlantic. And the fact that we’re seeing them over such a wide area points to a common factor.”

So what’s going on here? What went wrong? In essence, drastic changes in Earth’s oceans—their chemistry, climate, food base, and toxic load—are affecting their ability to support life. Historical food webs are collapsing. And the one species directly responsible for the damage, Petersen’s common factor?

We chain-smoke fossil fuels, lay waste to our planet’s natural resources, dump garbage wherever we see fit, and poison the very systems that sustain life. We’re creating a toxic cocktail that’s pushing these birds closer and closer to the brink. Fortunately, there’s still time. Entire populations haven’t yet foundered, and seabirds are notoriously hardy: millions still cruise the Arctic skies and ride the North Atlantic currents. They can recover from a few bad breeding seasons. A few. But as population declines extend from years to decades, it’s only a matter of time before they pass the breaking point and disappear forever.

And then what? After we lose the Puffins, Terns, Kittiwakes, and all the marvelous birds that blanketed the Icelandic landscape, who’s next?

If there’s a canary in the North Atlantic coalmine, it’s the Atlantic Puffin. The North Atlantic is a major engine of Earth’s weather, and one of the most productive and important fisheries in the world; the Puffin’s troubles could be the intimations of a global crisis, one in whose remorseless grasp we may find ourselves, and which we may be hard-pressed to break. Holding to our present course may lead us to a bleak and dire future. These delightful, unassuming, comical little birds are sounding out the first warnings of a catastrophe that reaches far beyond Westman burrows. We would do well to heed them, for the demise of the Puffin may presage our own.

Even if it doesn’t, though, even if we don’t follow the Puffins into darkness, we will still have suffered a profound loss. We will have driven to extinction a charming creature whose only desire is, like our own, to thrive, to prosper, and to live free from harm or persecution—and when they do die, to do so on their terms, not through a brutal act of thoughtlessness and greed.

Our history gives me small reason to hope. And yet I do. I still cling to the idea that enough of us can shake off this madness and summon the will to change—that, in the final moments, we will save the Puffins and all their kin who fill the northern summer skies with cacophonous alacrity. We’ve done it before. In Maine, some 40 years ago, Dr. Stephen Kress launched Project Puffin and pioneered a method of attracting seabirds back to historical yet long-abandoned nesting grounds. In so doing, he engineered a seabird recovery that was nothing short of miraculous. Today, Dr. Kress still works with Project Puffin and the National Audubon Society to monitor and protect Puffins in the northeast United States. Across the pond, Tom Brock and the Scottish Seabird Centre are keeping tabs on Puffins among Scotlands’ islands; now, after several years of struggles, it seems that the Puffins have finally had a good breeding season. Researchers in Iceland—Petersen, Provencher, and Hansen among them—continue to watch over seabirds in the North Atlantic. And all over the world, voices far and wide are awakening people to the Puffin’s plight, educating them about conservation, and, through images and words, igniting in others the love they have of these delightful, remarkable birds.

I don’t believe their fate is sealed. We can change direction, and shift to a course that ensures a future for Puffins, Terns, Kittiwakes… and us along with them—but we have to move fast. If we fail, then we’ll have let slip yet another opportunity to act for the common good. But if we succeed in hauling them back from the edge, then we may just save ourselves as well.

Photographer, filmmaker, and Mass Audubon instructor Shawn Carey (Migration Productions) has done wonderful work in capturing Puffins at their best. You can find his photos here.

And you can stay on top of the latest research into what changes in bird populations are telling us about the health of the planet through Environmental Health News’ “Winged Warnings” series. 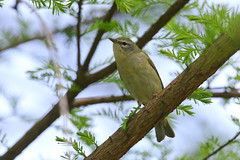 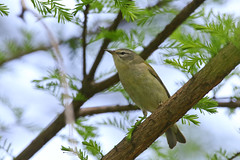 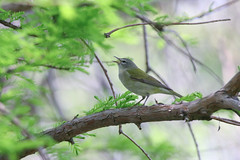