When I go out birding, I seldom go looking for anything specific. Based on where I’m headed and what time of year it is, I’ll have a sense of what might be around and what I can expect to see, but that’s usually the extent of it. Of course, there are times when I’m on a mission—perhaps to photograph Harlequin Ducks off Barnegat Light or watch Piping Plovers and Least Terns on the Connecticut shore, or to give enthusiastic chase to a chance rarity that’s dropped in out of the blue (anyone who’s ever crossed multiple state lines or scrambled to the top of a parked car to view a bird that just shouldn’t be there can attest to the special thrill in encountering the extreme unexpected). Sometimes, it’s the prospect of cold winter days alive with northern finches that gets my blood racing: A flock of Common Redpolls, Pine Grosbeaks, or Bohemian Waxwings can warm you up faster than a piping-hot mug of cocoa. And rare or not, what birder doesn’t enjoy adding a new species to the life list?

The allure of the possible, this promise of discovery, is one facet of birding that drives me into the field. After all, who knows what’s waiting to be found? But that’s only a single aspect, a piece of the equation. For me, birding is about much more. It’s about finding something new in the familiar, reacquainting myself with old friends, immersing myself in Nature and drinking deeply from her cup.

However, there are those birds that, for as long as I can remember, I’ve wanted to, needed to, had to see. Some I’ve encountered in aviaries, others through photos, and still others I’ve only heard about—but all are united by my desire to cross paths with them in their natural environments. This, of course, takes planning and shifts birding into a more focused activity with a specific objective: get out and find the bird. It also doesn’t always work. To be successful in such a singular pursuit requires a confluence of elements: season, weather, time of day, absence or appearance of predators, and the activity and presence of the birds themselves, just to name a few. These, in turn, are affected by a variety of factors, almost all of which are completely out of your control—and any one of which can thwart the best-laid plans.

But when everything comes together, it’s pure magic.

Early last week, I spent time with a bird I’ve been waiting more than half my life to see. Leaving western Massachusetts, my family and I traveled up the Maine Coast to within sight of Canada, and then hopped a boat and steamed 10 miles into the Bay of Fundy to a 20-acre rock known as Machias Seal Island—summer home to perhaps the most charming and charismatic bird north of the Equator. We had journeyed more than 400 miles to be in the company of Puffins.

The morning of our adventure broke cool and early, Cutler Harbor socked in with fog thick as Mississippi mud. From the outset, our chances to land on the island looked slim—you could measure visibility in feet, and the swell that had already prevented landing for several days seemed unwilling to release its hold over the bay. But conditions were safe to make the trip out, so off we went: 13 passengers and two crew. If nothing else, we’d be close enough to see the birds from the boat, even if we couldn’t make it ashore.

While we were underway, the fog lifted a bit, and as we approached the island, Puffins began materializing out of the mist—a few at first, then steadily more until there were several hundred floating around us. I was thrilled. I’d only known these birds through other people’s images, and now here they were in the flesh. And it wasn’t only the Puffins: Machias Seal Island is home to Arctic Terns and Razorbills as well, and both species joined in the avian exhibition. Landing or no, the trip proved to be incredible.

As we rounded the south end of the island, though, the sea seemed to change. Was it an overabundance of optimism, or was the water beginning to flatten? I began to cautiously let hope in around the edges, but by the time the landing platform came into view, there was no doubt: the swell had all but vanished. We would land.

Two trips of the skiff got us all safely to shore, and within 15 minutes we were in blinds, surrounded by seabirds and deep into a singularly beautiful experience. Razorbills and Common Murres (a regular visitor to the island) were scattered about the rocks, Arctic Terns wheeled and soared overhead, and a lone Northern Gannet rested at the edge of the fog. All were wonderful to behold, but the Puffins stole the show. Thousands of these engaging little birds hopped or rested among the rocks, preening themselves with their oversized and improbably colored candy-corn beaks. They flew in from every direction, alighting mere feet from where we sheltered in the blind, their behavior betraying not a hint of concern for the humans gawking at them through 10-inch cutout windows. It was spectacular.

After an hour, we had to depart—too soon, but then an entire day spent there wouldn’t have seemed long enough—so we reluctantly took our leave of the birds. I silently thanked them for allowing me to share in their lives, even for a moment. And then, with a last few goodbyes, we were off, back to the boat and on to the mainland and the intrusions of humanity.

But those few evanescent moments remain, the Puffins leaving indelible marks on my heart and soul with their little webbed feet. I’m not the same person as I was before setting foot on the island; an experience like that changes you. I now know what’s possible: the Puffin colony on Machias Seal Island is healthy and strong, the fishery still provides what the birds need to raise their young and see the next generation off into the world.

For how long, though? If we continue our rampant assaults on the world around us, what future remains for these marvelous creatures? What steps can we take to safeguard their survival? And can we afford the loss if we fail? I, for one, don’t believe we can: The flipside of learning what’s possible is recognizing the cost of losing it, and while the disappearance of any species is a price far too high to pay, contemplating a world without these delightful and utterly winsome little birds borders the unbearable. It is a reality we do not want.

The Puffins ask very little of us: clean water, clean air, space enough to live out their lives, and a nourishing supply of food for their young. Small requests to allow them to thrive, and easy enough for us to grant. In so doing, we’ll ensure that Machias Seal Island remains a haven for future generations of Puffins, and that our own future generations can continue to stand spellbound among them. After all, the very things vital to the birds prosperity we require for our existence as well. And by action or circumstance, we may find before long that we depend on the health of the Puffins, that both our species are balanced on the same edge, and that their survival is delicately intertwined with our own. 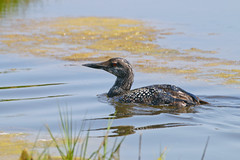 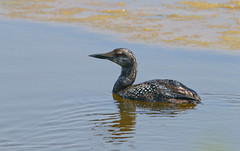 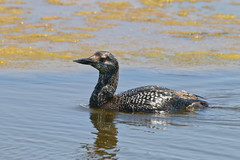