Eared Grebe. American Redstart. Bald Eagle. Herring Gull. White-throated Sparrow. Zone-tailed Hawk. Wood Duck. Blackburnian Warbler. Black Oystercatcher. Pine Grosbeak. Piping Plover. Rhinoceros Auklet. White-breasted Nuthatch. Peregrine Falcon. You know many of these birds well, I’m sure. Some may not be familiar to you, and there are a couple you might have never heard of. Regardless, they all have something particular, and rather unfortunate, in common: Every one of these birds is threatened by the impacts of climate change. And they’re not alone: 300 other birds share their uncertain future. All told, scientists with the National Audubon Society have identified 314 North American species imperiled by our shifting climate.

So what does that mean? Simply this: at the current rate of global warming, those 314 species will lose more than 50 percent of their climatic range—the climate conditions they need to survive—by the year 2080. But that’s only a part of the story. Audubon’s broken those birds into two categories: climate threatened and climate endangered. Of the total, 188 are classified as climate threatened; they’re the ones at risk of major disruption by 2080. The remaining 126 are climate endangered, and for them the situation is much worse. They’re staring down the climate barrel a full three decades earlier. If we do nothing to slow the pace of change, by 2050 more than half their current climate range will have vanished like smoke. That means loss of habitat for nesting and feeding, loss of critical stopover sites for migratory birds, loss of food sources, unlivable temperatures… you get the picture. And all that translates to one thing: unless something changes, and I mean fast, the birds we love will disappear. Even the Mallard, perhaps the most well-known duck in the United States, is at risk: by century’s end, this most common feature of city parks and ponds could be largely gone from the lower 48—at least during the summer months.

It’s hard to imagine, isn’t it? Try to picture your favorite park without them. When no other ducks are around, the Mallards are there, breaking the silence with their raucous, comical quacking, males displaying their striking green heads. They’re a comforting and reliable presence, a welcome sign of life. A future empty of Mallards seems impossible. But it’s not.

Nor is a summer beach devoid of gulls. Perhaps the most successful group of birds, gulls are an integral part of any beach, fundamental to the experience. I have no frame of reference for the coast without them, but it’s not a joyful vision to contemplate. And yet if things stay as they are, if we continue down this murderous course, that could become our reality: of the 10 gull species listed in Audubon’s climate report, more than half are climate endangered—Ring-billed, Laughing, Herring, Western, and California among them. In our rapid and relentless destabilization of the planet, the lauded adaptability of gulls may have met its match.

And this was the picture before January 20, 2017. Against the worrying backdrop of environmental destruction and the looming specter of runaway global warming, it’s hard to imagine a more disastrous scenario than an EPA director who’s a leading climate change denier and has repeatedly sued the organization he’s now running, a President hell-bent on dismantling decades of environmental progress and ramming through his ecologically catastrophic agenda, and a Congress champing at the bit to open our public lands to resource extraction or sell them off to the highest bidder. And yet this is exactly where we find ourselves—being driven towards environmental degradation and collapse by a group of people too ignorant to understand science, too blind to see the truth, or too greedy to care. Given their way, Trump, Pruitt, and the GOP lapdogs in control of Congress will eliminate anything that smacks of environmental protection—including rendering impotent any regulations designed to that end—to the ruin of us all. 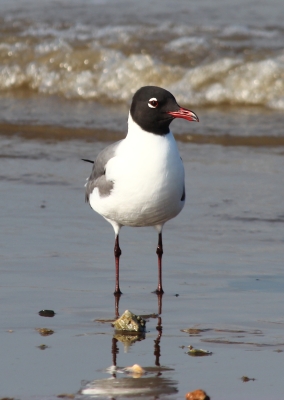 Fortunately, there are more of us than there are of them. Lacking anything resembling responsible leadership by many of our elected officials, it’s up to us to raise our voices against the coming ecological onslaught, and make it clear that clean air, clean water, ample habitat for the multitude of creatures with whom we share this planet, and a healthy, stable environment that supports the grand diversity of life on Earth are things we value, we demand, and we require, and for which we’re willing to fight. A block of angry voters speaking with a clear, powerful, and unified voice is a force to be reckoned with, and those who stand in defiance of the issues we care about do so at their peril.

Again, it’s up to us. We hold in our hands the future of the 314—those birds imperiled by our bizarre tendency towards destruction, even in the face of our own demise. And really, that’s what we’re talking about. It’s not only the loss of a vast number of the birds around us—though that alone would be a tragedy beyond measure. It’s not simply the wholesale loss of innumerable plant and animal species—mammals, insects, reptiles, and amphibians—though that would be a biblical catastrophe. It’s the rendering as uninhabitable the only planet we know of that can support life

It’s the loss of us.

We aren’t somehow immune from the damage we create, removed from the consequences of our actions, or of our failure to act. Quite the contrary, in fact: Our fate is in our hands; whether we engineer our salvation or undoing is up to us. 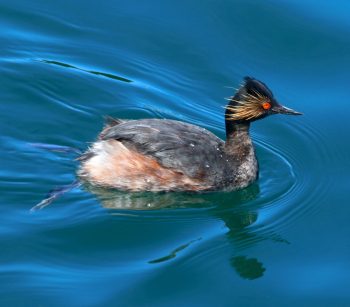 At this point, there is still time, but the clock is ticking. The birds are the quintessential canary in the coalmine, and the alarms are sounding. If we act now, and quickly, we may avert the worst of the storm. It seems, though, that some loss is inevitable. We may not be able to save all the 314, but through dedicated effort we should be able to build a future for most of them. With hard work, care, a commitment by all to serious change, and a little bit of luck, Piping Plovers may continue to roam our eastern shores, Eared Grebes may still dive for prey in the waters of the west, and Bald Eagles—the icon of our heritage—may always stretch their great wings against the sky.

For more on the 314—including ways you can help them—you can read Audubon’s climate report here.