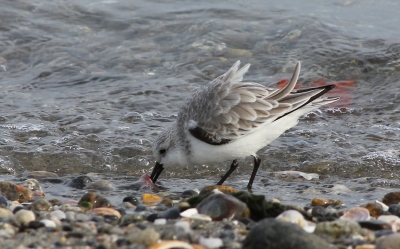 This year, I spent a lot of time in the company of shorebirds. Taken as a whole, they’re one of the most engaging families—charming, whimsical, possessed of great spirit and subtle beauty. They’re supremely adapted to a life of sandy foraging and evading waves, and though they undertake some of the most arduous and epic journeys of any of the seasonal migrants—many on the order of 10,000 miles one-way—they speak to us of lazy summer days spent lying upon sun-warmed sand and caressed by gentle ocean breezes, or leisurely strolling down a seaside boardwalk to the music of the coast. I can lose myself for hours in their antics, watching them dance along the water’s edge, skittering in and out of the surf as if playfully daring the breakers to catch them, their bills probing incessantly into the wet sand to search out a tasty morsel. Their presence is deeply comforting, a beacon of light in the dark, a regular reaffirmation of the power and vitality of life. 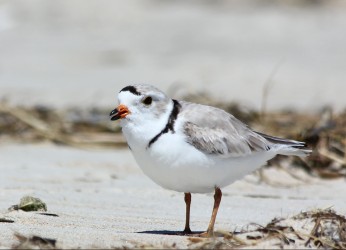 If you’re paying attention, shorebirds can also surprise you. During an adventure to the Connecticut shore, my son and I came upon three recently-hatched Piping Plover chicks—arguably the most adorable creatures on two legs, resembling nothing so much as a pair of cotton balls stuck together and balanced on toothpicks. They were running about helter-skelter, exploring their new world, when we heard the warning call of an adult plover—an insistent piping that is the bird’s namesake. At this signal, all three chicks headed off posthaste towards their parent and the shelter of the taller beach grass in which it was resting. Something was clearly upsetting it; a scan down the beach quickly revealed the source—a young Peregrine Falcon, cruising low over the sand and putting shorebirds up in great raucous clouds as it passed. The plover was calling its chicks to safety ahead of the approaching threat. But then the bird did something that, upon reflection, was extraordinary: Once its young were safely hidden, it took to the air, flying away from them and calling loudly as it went, diverting the falcon’s attention away from its defenseless offspring and focusing it squarely on itself. 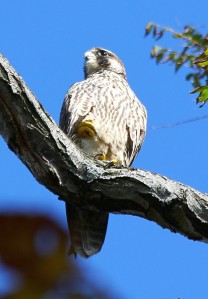 Make no mistake: this was an act of extreme courage. This little plover put itself full in the sights of the fastest animal on Earth, a bird shaped by evolution into the sky’s most graceful, agile, and deadly hunter. Peregrines are fast enough to catch hummingbirds, nimble enough to take swifts, and strong enough to kill Sandhill Cranes—which outweigh the falcons by a factor of 10. In the clutches of a Peregrine Falcon, a Piping Plover would stand no chance. For a little perspective, it’s like coming between a racing cheetah and your own child—if that cheetah were 25 times your own weight. Suicide, yes? And yet no parent I know would hesitate for even a split second.

So why risk it? Why face the possibility of death in order to preserve the life of your offspring? It’s far more than bravery, I assure you. Cast from a human point of view, the answer is simple, obvious.

That’s why we, as parents, do what we do to protect our kids. We love them.

Just like the plovers. Yes, I said it: that Piping Plover was expressing love for its three chicks—so much so that it was willing to die for them. There are many who would scoff at this notion, write the plover’s response off as instinct and move on. A ridiculous thought, they might say. After all, we all know that birds don’t have emotions.

Let me give you another example. My friend Melissa Groo is an absolutely fantastic wildlife photographer. I’ve been following her for several years now, and her work never ceases to amaze me—particularly her ability to capture the essence of her subjects. In her work, we catch glimpses of great intimacy, power, warmth, and soul. Earlier this year, I had the great pleasure of meeting her, and she shared with me one of the most stunning portraits of a living being—human or otherwise—I’ve ever seen.

Melissa’s subjects range across the animal kingdom, but she has a special fondness for birds—and among her consistently spectacular images, her photos of American Avocets are some of my favorites. Perhaps it’s the subject. American Avocets are the most graceful of our shorebirds: tall, slender-necked, white below, striking black-and-white above, gorgeous head and neck feathers the color of lightly-creamed coffee, and thin, elegantly up-curved bills. In this hemisphere, at least, they look like nothing else. 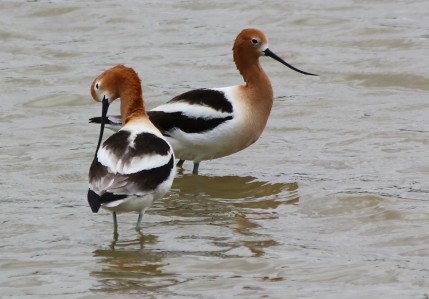 The beauty of a single Avocet is exceeded only by that of a breeding pair’s interaction. These lithesome birds engage in an intricate, beautiful mating routine that can only be described as a dance between expert partners, both moving in perfect synchronicity, the female then dipping her head low to the water, the male moving from side to side behind her and gently splashing water over her back. Afterwards, there is one brief moment when the female arches her neck with balletic grace towards her mate and the pair touch their long, delicate bills together. It is a gesture of extreme tenderness, much as the embrace a human couple might share after making love. This is the moment Melissa captured, and her photo left me without words, and on the verge of tears.

The bond shared by those two Avocets, like the Piping Plover’s drive to protect its chicks from harm, can only be described as love. You can’t bear witness to events like these and tell me otherwise. It can’t simply be instinct.

Or if it is, there’s a larger question we have to explore. People will tell you that you can’t ascribe human emotions to animals, that it’s wrong to do so. This misses a pretty significant point: We are animals. If we can experience emotions like love, loss, fear, and joy, then they can as well. They may not feel them the way that we do, but they’re no less real for the difference. Again, many will play the instinct card and move on. For those that do, I challenge you: if you don’t believe that animals can feel emotions, prove to me that we can. We claim to, of course, we believe—we know—we do, down to our very marrow. But we have no way of proving that the emotions we feel aren’t simply electro-chemical signals designed to reinforce a biologic instinct. You protect your kids because you love them? Sure you do. But what if that love is just a false emotion built to trick you into taking action that supports the survival of our species or, in this case, your own genetic code? From a biological standpoint, life—all life—has but one purpose: to reproduce. Human beings are just a means to transport and replicate DNA, nothing more. How then can we prove the reality of our own feelings?

The answer is we can’t, anymore than we can prove the unreality of the feelings of birds. We’re left, then, with one of two possibilities: either all animals experience emotions (not just us), or all animals are simply obeying instinct—including us. There are no other options.

At the end of the day, it makes no difference. Real or not, our emotions give purpose to our lives. They drive us to be creative and to love, they allow us to more deeply and profoundly experience the world, to live completely, and to feel all that our experiences have to offer—both the joyous and the sorrowful. Do animals feel the way we do? We may never know, may never understand their full emotional capacity. But that they do feel joy and pain, that they can love, is without question.

What does it matter, though? Why is it important? Simply this: Once we recognize that animals have feelings, once we understand that they are no different, in that respect, from us, we can no longer treat them as somehow less than us, less deserving of our respect and consideration than our fellow human beings, less entitled to living out the full measure of their lives free of pain, persecution, and misery. And once we acknowledge their emotional depth, we can no longer callously destroy their homes and their lives without asking how it makes them feel, and considering how we would feel if someone did the same to us. 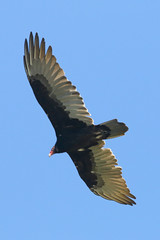 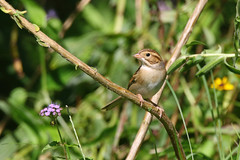 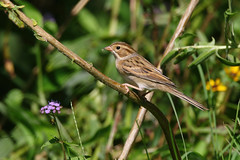